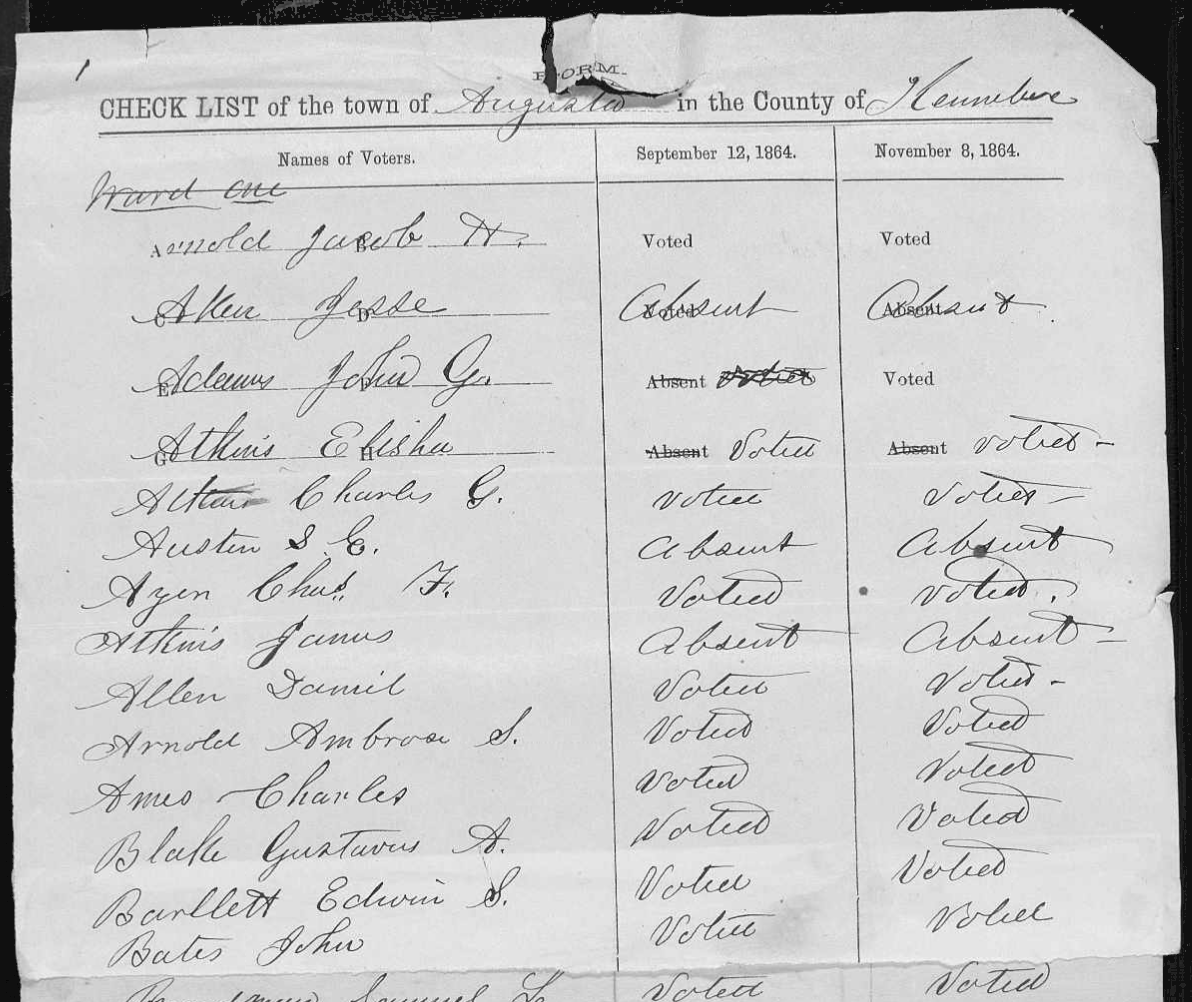 In 1864 a law was passed and the state constitution amended to allow soldiers in the field to vote in Maine elections by absentee ballot. To avoid allegations of fraud and double-voting, Governor Samuel Cony directed towns to return to the Secretary of State certified copies of the voter rolls used for the state and congressional elections held 12 September 1864, and for the presidential election held 8 November 1864. This database indexes those returned lists. Each name is linked to the relevant image at FamilySearch.

State law required town officers to prepare lists annually of all persons constitutionally qualified to vote, to post them in one or more public places each August, and to consult them when conducting elections. A person qualified to vote was a "male citizen of the United States of the age of twenty-one years and upwards, excepting paupers, persons under guardianship, and Indians not taxed, having his residence established in this State for the term of three months preceding any election." Residents of unincorporated townships could vote in an adjacent town or organized plantation, and would appear on the voter rolls of those places.